It's Not Just a Hobby. 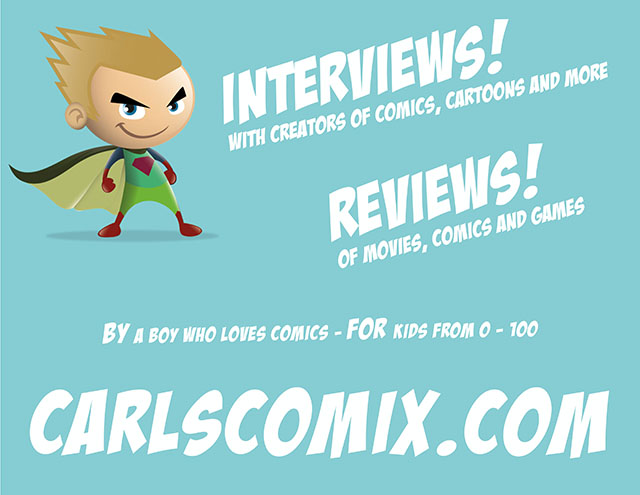 It Started as a 7 Year-old's Dream

What began as a hobby has turned into something that has truly made an impact. My son, Carl, just wanted to write about the comic books he love and the men and women who make them. Carl’s Comix was made to have fun.

But now, over three years later and with a dedicated following of over 16,000 readers, Carl’s Comix has become a force to reckon with.

This 10 year-old interviewer has taken his popularity and put it to good use. Through drives and calls to action, he has collected over 20,000 comics and donated them to veterans, deployed troops and their families as well as under-privileged children.

His work has been written about by the Associated Press, discussed on Good Morning America, lauded by Mental Floss for making the world a better place among the many accolades in the site’s three years of existence.

Of course I am a proud father. I am also proud to be associated with a project that does so much good for so many. We had no idea it would become so big. The community around the site and Carl himself is a continuing inspiration- and it has fortified my opinion of and faith in digital communities.